Being a Man is NOT about staying quiet!

Being a Man is NOT about keeping things to yourself!

Being a Man is NOT about getting your head down and battling on, regardless of the pain or damage you are suffering;

And being a Man sure as shit is NOT about coming home, withdrawing from your family and leaving THEM to suffer your bad moods and lack of support, presence and love in their lives, whilst you stare at the tv with a beer in hand!

It's not Manly and it's not worthy of us.

So, what IS being a Man?

For me, being a Man is a personal definition that we individually already own, control and can embrace!

Sure, there’s an old fashioned ‘accepted’ definition in some places that scares people and makes them want us all to start redacting words and phrases from our language, but I don’t agree with that approach!

I think it has as much to do with learning from Women as anything else.

For others and for OURSELVES! (Compassion is the thing we can learn from Women btw).

Being a Man is, being strong and accepting and owning it when you need support!

Being a Man is being able to show your vulnerable emotions and not just 'anger', so that those who love you can help.

Being a Man is being prepared and ABLE to be vulnerable.

Being a Man is getting over your ego and pride and asking for help and support.

Being a Man is about dropping all the old-fashioned beliefs about what 'being a Man' is about and owning and accepting your OWN meaning for what it is to "be a Man".

For me, being a Man is about being brave enough to work through your emotional pain and not hide from it.

It’s about being brave enough to ask for help.

It’s about using the natural strengths that we have inside to lessen our own and other’s suffering!

And hey, if you don’t feel you are brave or strong enough, then being a Man means accepting that too,  and allowing OTHERS to be strong for you when you want it! 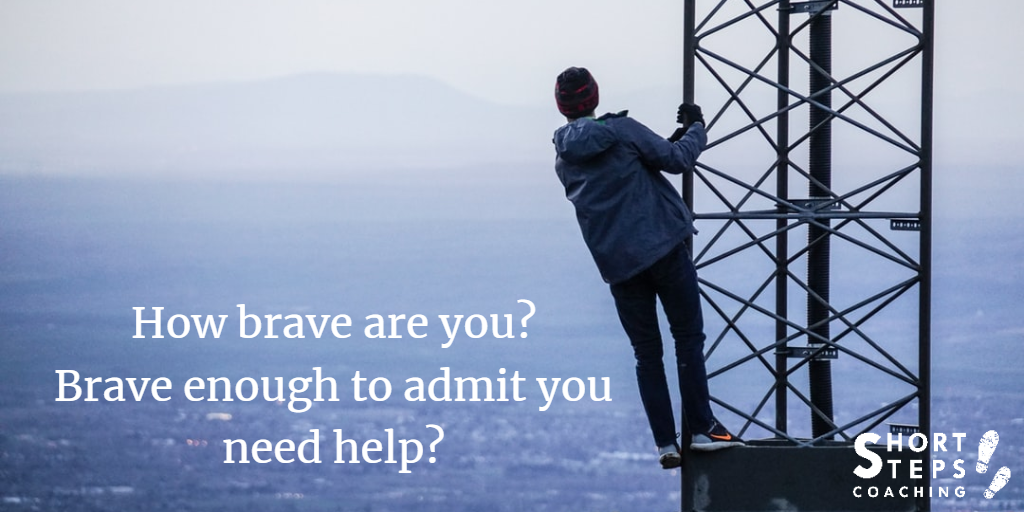 Don't let anyone tell you what to say or think. That way madness lies!

Many people will tell you it's no longer ok to tell Men to "Man Up!".

But it has so many positive and strong meanings for us that, if you take it away, what do we replace it with?

To Man up means to be strong, to fight hard, to band together, to be brave and lots more besides.

These are all really laudable traits and not ones that I want Men (or anyone else for that matter) to give up!

So, while you’ll hear “don’t tell Men to Man Up”, what they really mean is, don’t reinforce an old-fashioned archaic definition of the phrase!

Kid: “Why are we not allowed to tell boys to Man up?"

A.N.Other: “Because to say ‘Man Up’ means that boys have to hide their emotions and not talk about their feelings and we think that’s bad”

As soon as you say “don’t” do something, people will ask why, and then you’ll have to tell them why!

Kid: “I’m feeling really sad and lost and the other boys are laughing at me!”

A.N.Other: “Well, well done you for being a real Man and coming to tell me you need help! That’s what it means to ‘Man up’. It means to be brave and ask for support when you feel you need it.”.

Encourage and empower them to see it as having bravery, strength and to take action, after all, that’s the whole point of the phrase!

Teach them to define their own meaning for what makes a strong Man and live to that!

Commit to it! Don't compromise on your behaviour or how you take care of yourself based on ANYONE else's definitions or agenda.

Be brave. Be strong. Be the protector. Man up and ask for help when you want it!